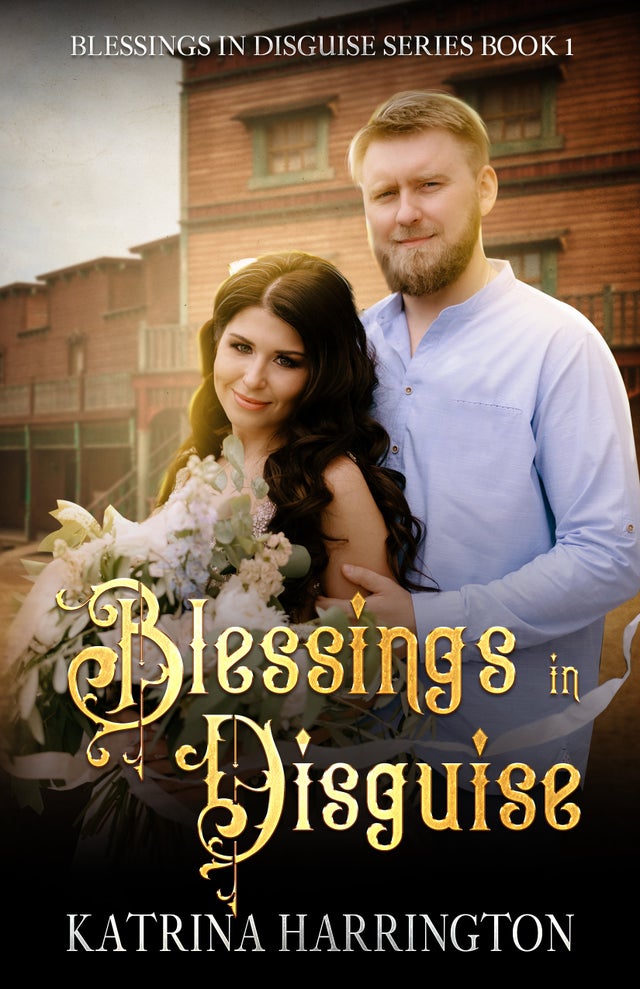 Can unexpected troubles prove to be Blessings in Disguise?

Vivian Babbit has had more than her share of struggles in life. After running off and marrying a career criminal at seventeen, she’s spent the last ten years raising their two young daughters in a less than ideal environment while watching her husband plan the next big train heist with his gang. When he’s killed, Vivian is shocked to find herself hunted by the very men her late husband worked with. Forced to flee with her girls, Vivian takes them to Texas to see her brother, who she hopes will help them, despite her being estranged from the family. Through an odd turn of events, Harvey Richardson finds himself taking in a young homeless girl. And as a friend of Vivian’s brother, Adam, he learns of Vivian’s situation and offers to marry her to provide a safe place for her and her girls. Trying to come together as a family is challenging to say the least. Can Harvey and Vivian make it work as a couple, despite the disastrous outcome of her last marriage? Will they be able to help Vivian’s daughters through their grief, and Harvey’s daughter through her issues from being neglected for years? And can Vivian let go of the guilt of her past choices and renew her relationship with the Lord?