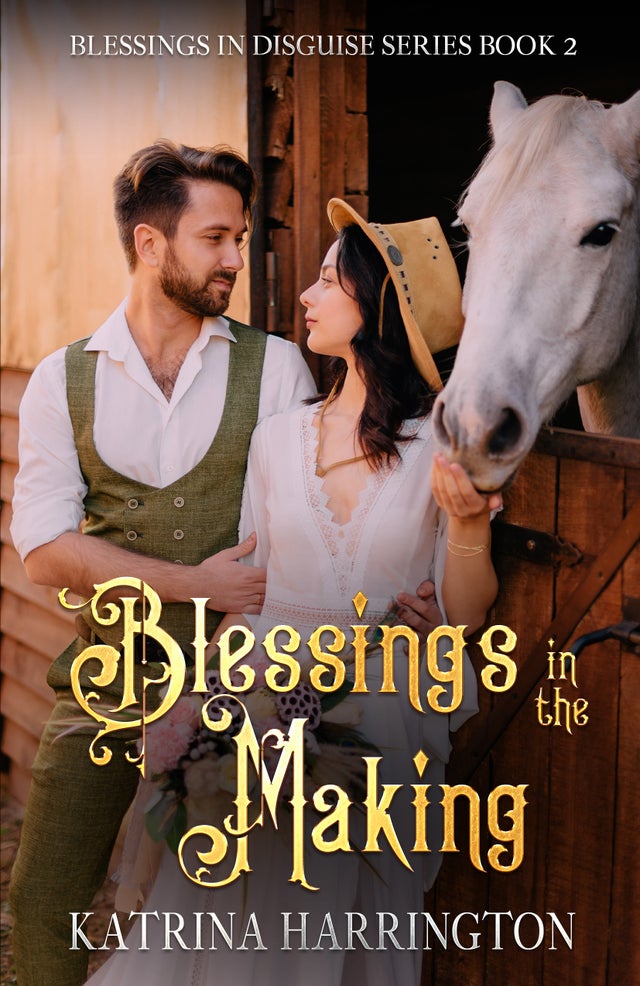 Blessings in the Making - Signed Paperback

Will Blanche find her troubles are really Blessings in the Making?

Clark Mahoney has no idea how to deal with his boss’s sixteen-year-old daughter, Blanche, who arrives only days before her father’s passing. The girl baffles him with her lack of understanding of, what he considers, basic expectations; and, their attempts at conversing with one another seem to lend way to confusion and frustration on both ends. Added to that, he discovers that rustlers are stealing cattle on the ranch and a secret admirer is leaving disturbing gifts for Blanche. Throw in a new hired hand that’s a single father of three and a drunkard, and they are all in for a wild ride. Can Blanche and Clark come together despite all that’s going on? Will Blanche be able to figure out this faith in God that everyone around her seems to share? And can they catch the rustlers and this morbid secret admirer?